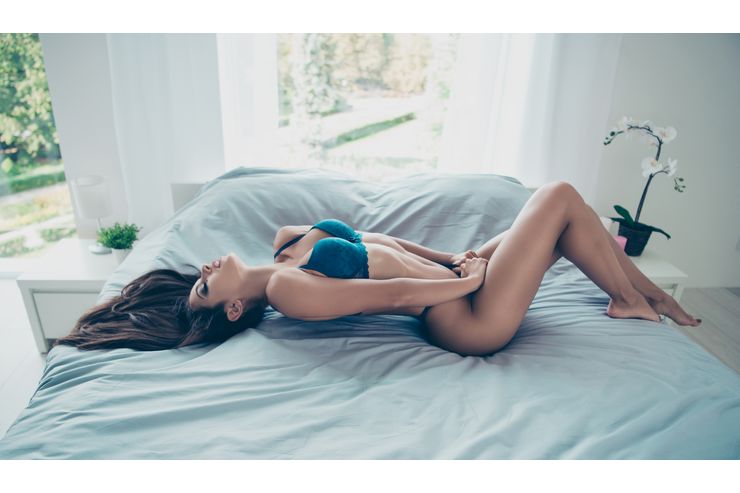 Women and their bodies are a mystery, even to scientists. Researchers still debate, for example, whether the famous G-spot really exists. Female ejaculation was similarly controversial for a long time. However, an increasing number of studies now prove that ejaculation really exists. Yes, you read that right: Women should also be able to squirt. Here you can learn everything you need to know about the pleasurable fluid and how to elicit it from your partner.

What is female ejaculation?

The women's fluid respectively. the secretion of the ladies is similar to male sperm

However, there are female subjects who report that they lose a fluid during orgasm that differs from urine and vaginal secretions in appearance, odor and consistency. Meanwhile, research has been able to prove that ejaculate resembles the secretion of the male prostate, which is part of the male sperm fluid. An indication is the protein molecule prostate phosphatase (PAP) contained in them. The ejaculate looks like watery milk solution and is often mixed with urine.

Female prostate: Where does the female ejaculate come from?

Researchers have long disagreed about the origin of ejaculate in the body. It is believed that the fluid in the paraurethral glands is formed. These glands were discovered by the Scottish gynecologist Alexander J. C. Skene, which is why they are also called Skene glands. They sit in a sponge-like tissue around the urethra and resemble the male prostate gland. Hence the term "female prostate" established. When aroused, the area swells and can be palpated. It is better known under the name G-spot (Gräfenberg point). The ejaculate escapes through the urethra and two ducts that end next to the urinary outlet. It is unclear whether the so-called PC muscle, which is located around the vaginal entrance and urethral opening and contracts several times during orgasm, is also involved in the discharge of the secretion. Porn films often feature simulated ejaculation. For this purpose, a lot of liquid is pumped into the vagina of the actresses beforehand. In reality, however, it's small droplets or a few milliliters.

Ejaculation in women: Can any woman ejaculate?

How many women actually leave a stain on the sheet is not certain. US studies on sexuality found that one third of all women have bubbled with happiness at some time or another. The doctor and sexologist Sabine von Nieden interviewed 309 female subjects. Half said they had experienced an outpouring at least once in their lives. Lesbian couples were particularly likely to ejaculate. 42 percent of all homosexual and 28 percent of all heterosexual women confirmed this.

>>> All important facts about the orgasm

Get your partner to ejaculate with these 4 tricks

Austrian scientists of the Rudolf Foundation Hospital in Vienna reported in a study published in 2007 that 80 percent of all women and 90 percent of their partners find sex including the pleasurable fluid better. Sex with effusion is therefore better for lust, love and the relationship. One more reason to elicit sexual fluid from your partner. With these techniques and tips it succeeds.

1. Draw circles around the G-spot

To achieve wet orgasm, you need to devote ample time to foreplay. Pay special attention to the G-spot of the partner. It lies on the upper vaginal wall and is slightly raised. If your partner is not yet very aroused, you should cover your fingertip with plenty of lubricant before penetration. Massage the zone in rhythmic circular motions. Special G-spot vibrators can also get your sweetheart going with vibrations.

Insert 2 or 3 fingers into her vagina and make the "come-here" motion. This means you are rocking back and forth with your fingertips as if you are trying to lure someone to you. After about 15 minutes, the G-spot will be very swollen. The longer you use this method, the sooner your partner will feel the need to go to the bathroom. This means you are on a good way.

Don't worry if your partner doesn't ejaculate right away at the first try. Not all days the G-spot is sensitive to the same degree. Some women don't feel anything there at all or have to get used to the feeling slowly. By the way, the greatest probability exists if you take a lot of time during foreplay and keep delaying the lady's climax a little bit. Due to her increasing arousal you have better chances to feel the G-spot and to apply the mentioned hand movements.

Love 0 0
Have you also been on the lookout for the G-spot more often than not,

Love 0 0
Bringing your partner to orgasm is not always easy. Only about one third of all

Love 0 0
Have you also been on the lookout for the G-spot more often than not,

Love 0 0
Bringing your partner to orgasm is not always easy. Only about one third of all